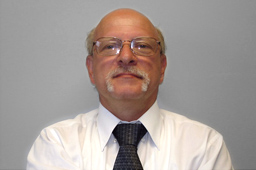 Connect with Stefan Polansky
on LinkedIn

Stefan has spent the majority of his 30-year Direct Marketing career involved in developing systems and writing programs for the mainframe. After joining Cross Country Computer in June of 1987 as Mainframe Application Programmer, Stefan was subsequently promoted to Managing Director of Mainframe Programming with responsibilities that currently include direct oversight in development of system and application programs. During his tenure, Stefan has played an instrumental role in creating standards that are followed by the production staff.

Stefan began his career at John Blair Mail Marketing learning Fulfillment and Postal functions before moving on to MBS Multimode where he learned all aspects of Data Processing starting with Computer Operations, Production Setup and then Programming. After a brief tenure at Anchor Computer, as Assistant Programming Manager, Stefan came to Cross Country Computer. The cumulative experience that Stefan has developed at Cross Country, as well as in these previous roles, has provided a strong foundation that has enabled Stefan to assume a critical role in the technical support of Cross Country Computer’s Data services.