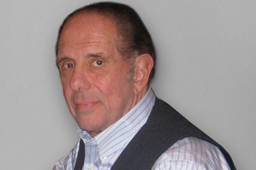 Connect with Dick Berger
on LinkedIn

Richard “Dick” Berger is a direct marketing pioneer, innovator and entrepreneur who founded one of the first service bureaus in the industry, Cross Country Computer (CCC). He began as a draftsman before enrolling in the Electronic Computer Programming Institute. At a time when the computer age was at its infancy, Dick worked as a computer operator for Independent News and designed a program that cut production time by 80% converting their subscriber file from punch cards to magnetic tape.

His destiny became even clearer when he took the role of Data Processing Manager at House Of Beauty, Inc. (HOBI), a mail order company that had its own internal service bureau operations. In the early 1970’s Dick moved on to start his own company, initially working out of the trunk of his car and renting computer time. Among other innovations, Dick went on to design some of the industry’s first merge purge, list rental and matchback systems.

Dick introduced his son, Tom, to the business when he was in high school. By 1996, Tom was officially named President and acquired the company as Dick set the stage for retirement. Dick is now officially retired and travels the seas with his wife when they aren’t playing with their 9 grandchildren. But his legacy, CCC, continues to thrive and is positioned to maintain its reputation as a well-respected marketing partner for years to come.