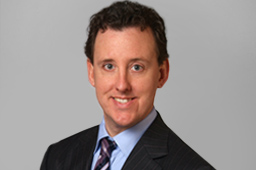 Thomas Berger is Principal/President & Chief Executive Officer of Cross Country Computer (CCC). Tom joined CCC in 1991 and acquired the company in 1996. During his tenure, Tom has overseen the debt-free growth of CCC and has been instrumental in strengthening the company’s infrastructure while simultaneously developing new services and diversifying into new business lines.

Tom has personally developed the vision and design specifications for many of CCC’s systems, including TBeaut and CBeaut, our proprietary title and company name standardization products. In addition, Tom holds the patent for our Abandoned Property Escheat Assignment & Reporting System (APEARS™).

Tom is also an active member in numerous direct marketing related organizations including the Direct Marketing Association of Long Island, where, in 2012, he was selected as one of three inductees into the DMALI Hall of Fame. He is also a lifetime member of MENSA, the international High IQ society. Tom holds a BS degree in Management and Marketing from the Rochester Institute of Technology and has received military security clearance to oversee our government accounts.